President of Cuba greets electoral victory of Chavismo in Venezuela 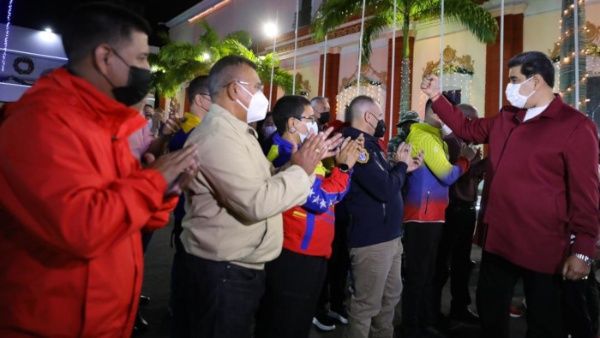 Caracas, Nov. 22 - Governors and political leaders of Latin America expressed their approval on Monday for the electoral day held on Sunday in Venezuela and applauded the victory that the ruling Polo Patriótico won.

The National Electoral Council (CNE) released in the first minutes of this Monday the results of the regional and municipal elections, which showed that the Patriotic Pole won 20 of the 23 governorates that were disputed, in addition to the Mayor of Caracas, the capital of the country.

In one of the first reactions, the president of Cuba, Miguel Díaz-Canel Bermúdez, published a message on the social network of Twitter to congratulate "the brave Venezuelan people and the Great Patriotic Pole, led by brother president Nicolás Maduro."

The Cuban head of state assured that it was a "resounding victory in the regional and municipal elections held in Venezuela."

Cuban Foreign Minister Bruno Rodríguez, also in a tweet congratulated "the people and government of Venezuela, especially President Nicolás Maduro and the Great Patriotic Pole, for the results obtained in the regional and municipal elections."

The head of diplomacy of the largest of the Antilles considered that the elections "have meant an unequivocal victory for the Bolivarian Revolution and Chavista."

The leader of the Movement of Allendista Socialism of Chile, Esteban Silva, also congratulated on Twitter the members of the United Socialist Party of Venezuela (PSUV) "for the overwhelming and majority democratic triumphs obtained in the governorships."

"Venezuela advances in the democratic defense of its sovereignty," added the political analyst in the tweet.

The Peronist political leader and former Argentine legislator José Cruz Campagnoli said, for his part, that it was an "excellent democratic day in Venezuela in peace and freedom, with broad opposition participation."

“Chavismo prevailed widely in 21 of the 24 states in dispute. Despite the blockade and the aggressions, the Venezuelan people gave another great democratic lesson, "he said. (Telesur) (Photo: @NicolasMaduro)