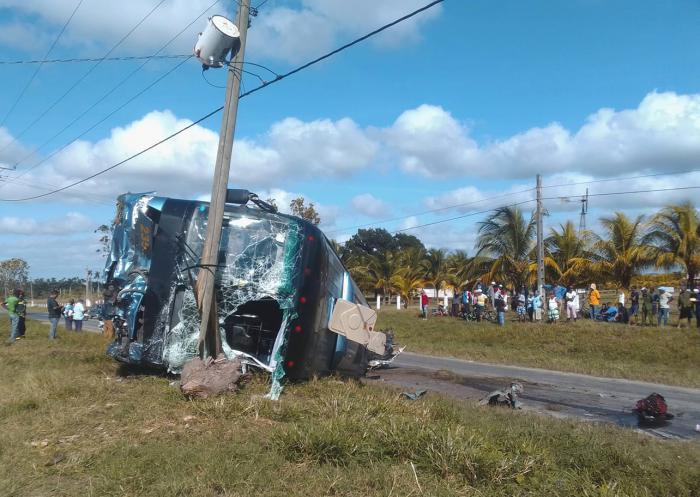 Camagüey, Nov 23 - A slight increase in the number of incidents and injuries, and a decrease in the number of deaths, reflect the statistics of traffic accidents in Camagüey so far this year, one of the issues evaluated this Tuesday by videoconference by authorities of the National Road Safety Commission when analyzing their behavior in the country.

At the close of the current stage in the territory, around 366 collisions are reported, where 39 people lost their lives and about 300 were injured.

The municipalities with the highest incidence are the provincial capital, Guáimaro, Céspedes, Florida, Minas, Nuevitas, Sibanicú, Jimaguayú and Santa Cruz del Sur. At the same time, 24 sections of roads are the most affected, in which 58.7 percent of accidents are concentrated.

Among the main violations committed by drivers stand out the lack of attention and control of the vehicle, not respecting the right of way, improper overtaking, technical defects, speeding, driving under the ingestion of alcoholic beverages and loose animals on the road.

The latter stands out as an unfavorable indicator in many provinces of the country, which is why Eduardo Rodríguez Dávila, Minister of Transport, in the analysis of accidents through videoconference, urged to reinforce the control of commissions from each territory with the application of measures that allow to reduce the level of incidents for this concept.

Similarly, he made a call to strengthen road culture, still insufficient; increase actions to achieve greater signaling of the roads, taking into account the opening to the new normal; and promote the search for alternatives for the maintenance of streets and highways. (Gleibis Gómez Durba / Radio Cadena Agramonte) (Photo: Adelante Newspaper / Archive)