Fidel is always in the Plaza (+ Photos) This November 25, the grateful Cubans return to visit the Plaza de la Revolución Mayor General Ignacio Agramonte Loynaz to remember Fidel. Serene faces come and go. A mixture of sadness and joy spreads among the people. Distressed, because physically we know that he is not there; rejoicing, because we feel it alive.

The Commander-in-Chief will be forever present in the smile of a child, in the consecration of a teacher, in the poetry of a declaimer, in the song of a nightingale on a green morning, in the wise task of a worker, in the sacrifice of a peasant turned towards his furrow, in the hope of an entire people.

It has been five years since his departure towards immortality, and what better tribute to the Historical Leader of the Cuban Revolution than to continue his legacy, emancipate his work, make him feel human and hero at the same time towards the nascent generations, in short, assume him as a Lifestyle.

Today more than ever Cuba reaffirms that it will be an eternal Baraguá, and that as eternal mambises we will ride with the virile machete, ready to give our lives for the Homeland, because to die for it is to live, and we irreversibly ratify that we are from Homeland or Death.

Jubilant we renew that commitment that from respect and deep conviction we made in front of his ashes on November 25, 2016; because in each task, in each work by and for the Revolution, we have a moral duty to support with facts that "I am Fidel." (Jorge Enrique Fuentes Ruiz / Radio Cadena Agramonte) (Photos: Humberto Cid) 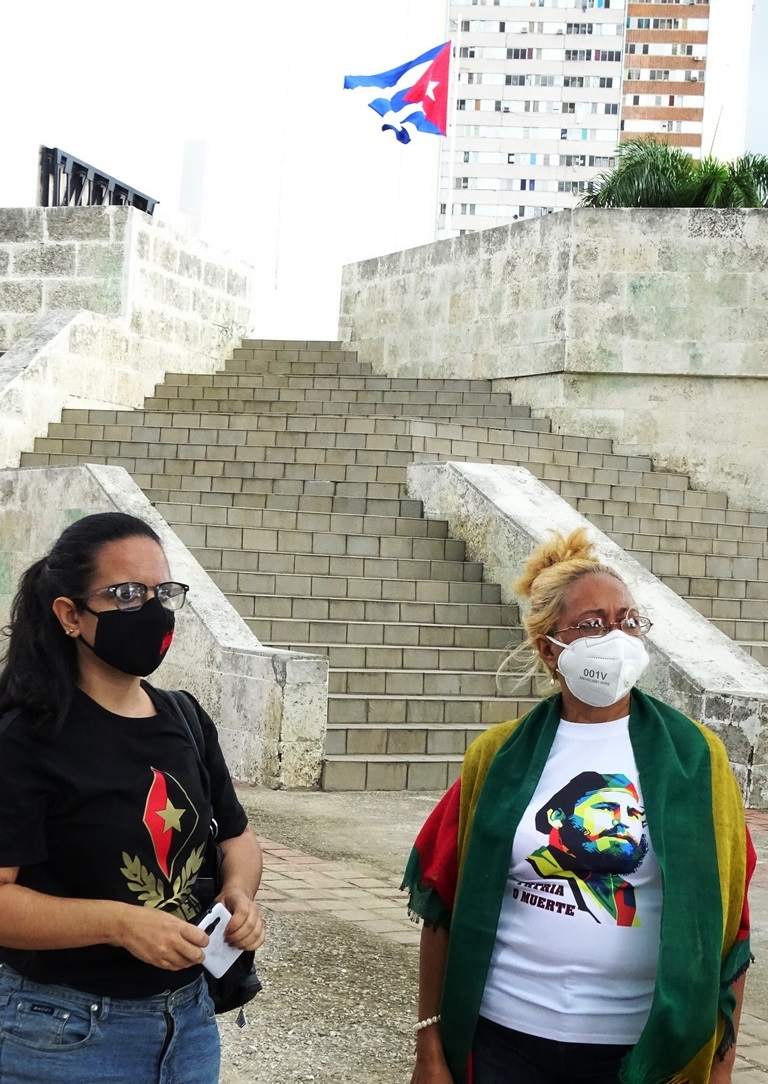 José Martí and his everlasting presence The perfect place to dream