Inclusion and diversity in British Culture Week in Cuba Havana, Doc 1.- Cuba welcomes the week of British culture, this time from 4 to 12 December, with different activities that will make it an inclusive and diverse event in many ways.

This is how the British Ambassador to Cuba, Antony Stokes, described it, who also celebrated being able to meet with the country's press after the pause caused by the pandemic, and thanked the Cuban institutions that have collaborated to make the event possible.

He explained that the concept of British Week in Cuba is the mixture of the two cultures, not only promoting one or the other, but the fusion between the two, which can even create something new in different aspects, he said.

The diplomat said that this will be an event for everyone, regardless of ideas, religion, sexual orientation, gender, age, money or financial background.

For his part, Bryn Orton, second secretary of the British embassy, ​​highlighted at the press conference some of the activities that make up the program.

It began with the two gala nights with which the Week will start, starring prestigious Cuban dance companies: the National Ballet of Cuba and Contemporary Dance of Cuba, both with works by British choreographers.

He also underlined the concert that the British singer Celeste will give, who has been nominated for an Oscar Award, and will be presented on December 7 at the Martí Theater, accompanied by Cuban musicians under the musical production of Jorge Luis Lagarza.

The exhibition Families, by Cuban photographer Eduardo Rawdríguez, will be one of the outdoor attractions of this edition, since, for the first time, images of nine square meters will be exhibited on the balconies of the Plaza Vieja, another eight will be shared simultaneously in social networks.

Among the actions highlighted by Orton is the Open Sky Cinema proposal, which will offer two films at the Historic Center Amphitheater: Pride (2014) and Suffragettes (2016).

A rally of classic British cars will close the Week on December 12, in the Plaza San Francisco de Asís, which will seek with the 15 participating cars, to show the diversity of English cars in Cuba. (PL) 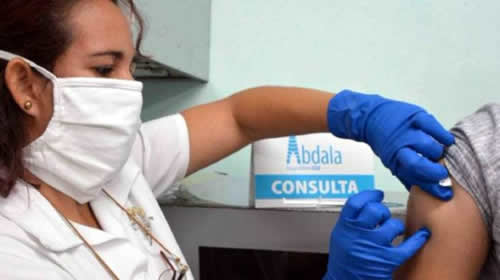 Historian of the City of Camagüey receives Tourism Excellence Award 2021