Frei Betto honored in Cuba with the Espacios Award 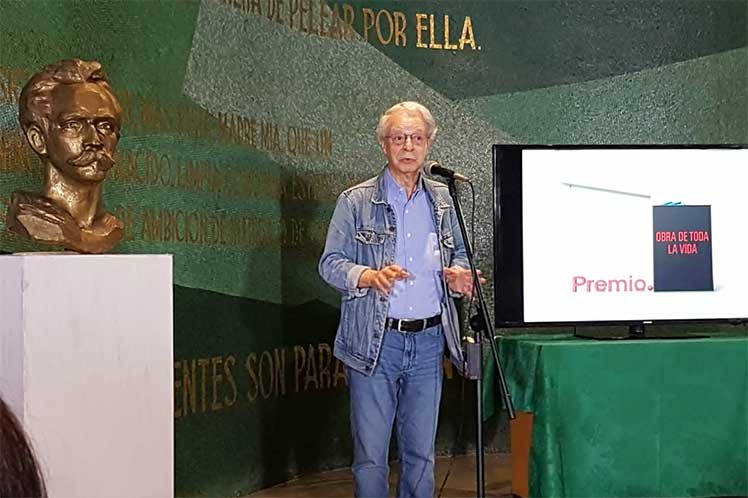 In his words of gratitude, the also intellectual considered Cuba as his second homeland and thanked the possibility of supporting the country's efforts.

“Cuba does a lot with its example of resistance. You live in a country that has defied the history of mankind. You cannot defeat a people. Socialism is the political name for love”, he stressed.

Contributing directly to the island is a satisfaction, a privilege, an honor, and a grace from God, he said.

Betto called on young Cubans to support the nation in the digital battle. You must be very creative to create that revolutionary digital trench inside and outside the country, in light of the examples of José Martí and Fidel Castro, he added in this regard.

At the ceremony, held at the José Martí Memorial, the theologian opened the exhibition War and Hunger: two faces of the same problem. (PL)