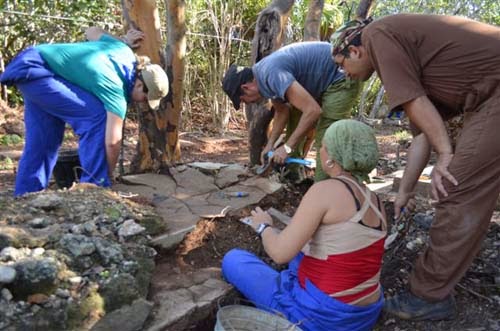 Artemisa, Cuba, Jun 16.- Cuban scholars are preparing a new campaign for further researching an old Chinese cemetery, whose remains appeared in a peninsula belonging to the Bay of Mariel, experts announced today.

Explorations in the place, which began in 2011, will be resumed next October, confirmed to Prensa Latina Edel Mayol, director of the museum in this western town.

During the investigations -he said-, the floor of the chapel of the rustic cemetery, evidence of an alledged pier, both from the XIX century, and a part of a stone wall that separated an old sanatorium from the rest of the area, were discovered.

According to the expert, the investigations in the region allowed to determine the location of other cemetery erected a century later probably to replace the first one.

He stressed that this is a rescue excavation to further study this chapter of history and save all possible relics, within the so-called development zone of the port of Mariel.

According to document sources from 1861, in these lands there was a lazaretto or a quarantine center, where a certain number of Chinese who arrived in Cuba aboard vessels with epidemics were admitted, unitl 1874.

The coordinator of the explorations explained that those who died were buried in the cemetery next to the quarantine center, which then served during the war of independence (1895-1898) as a field hospital and in the early twentieth century as a sanatorium for drug addicts.(Prensa Latina)