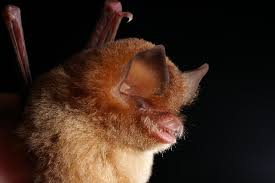 The cave La Barca, hidden in the coastal weeds in the westernmost part of Cuba, Guanahacabibes Peninsula, preserves an important natural treasure nearly to disappear.

Studied, photographed and filmed by specialists from different research centers, the Cuban Greater Funnel-Eared Bat (Natalus Primus) is an endangered species, and its last refuge is the cave La Barca.

The aforementioned chiropteran is not endemic, but today it inhabits only in the explored cave in the Western end of Cuba, although evidence indicates that it used to live around the island territory and the Isle of Youth, as well as in four islands of Bahamas.

According to Gilberto Silva Taboada, Merit Curator of the National Museum of Natural History of Cuba, in all these places there are abundant fossilized remains of the species, nonexistent there but not extinct thanks to this unique living colony in La Barca, sharing with other species of bats.

The Natalus primus was described as a fossil for the first time in 1919 by Harold Anthony, a zoologist at the American Museum of Natural History in New York, in the seaside Indians cave at the east of Santiago de Cuba. Anthony included in his article a very good picture of the coastal mountains where the cave was.

That picture was used by Silva to locate the site again and to get there rowing a boat along the coast to the cave; which was found by the topography identical to the guide photo.

In the hall there was a large tree, very leafy, then rotted in the ground; he also found the excavation as represented in the snapshot and the fossiliferous deposit with abundant remains of the species. Decades later, Silva began studying Cuban bats and also found abundant remains of Natalus primus in all provinces, and even in the Isle of Youth. The species was highly gregarious, that's why the abundance.

In the cave of La Barca, Silva estimated between five and six thousand individuals of this exclusively insectivorous species, flying close to the ground and walls.

The mass extinction of species is due to its size, and it is progressively going from east to west. The handled hypothesis is that the Natalus primus is the giant of the family, which has two other species outside of Cuba, in Jamaica and the Dominican Republic; Cuban species invaded the Bahamas, but the Natalus jamaicenses inhabits in Jamaica and the Natalus major, in La Española, both still living.

According to Silva, in the Natalidae family, primus is the giant, but in the American neotropical region, in Central and South America and in the Lesser Antilles, lives Natalus extraminius, smaller member of the family.

There is a principle which states that at any taxonomic level (in the case of Natalus, a genus level), the first species disappearing is the larger one, since it needs more food and more living space.

On this visit to the last refuge of Natalus primus, a few individuals who lived in one of the rooms close to the cave threshold were photographed and filmed, but they were only about 20 individuals. According to Silva, most of the colony lives inside, in the thermal trap or heat cave, along with other species that share hot and peculiar conditions.

Cuban coasts and forests still reserve many natural and archaeological sites almost unexplored, some close in distance and depth, some well hidden by weeds, or in bluer and distant waters, but all are part of the natural and cultural heritage of the nation.