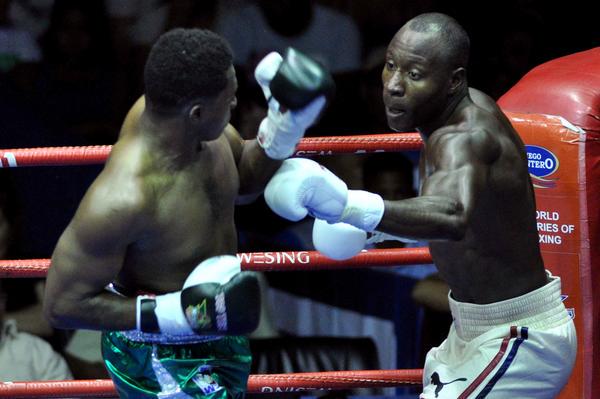 Havana, Cuba , May 22.- The Cuba Domadores assured its presence in the final of the 5 th World Series of Boxing (WSB) despite today’s result when completing its match against the Mexico Warriors.

A 5-0 sweep and the announcement that visitors will not present fighter in the 81 kg division left the match defined in favor of current champions, who have won 15 consecutive matches.

The flyweight Joahnys Argilagos won for the sixth time in eight outings by beating 3-0 José Rojas and set the course of his team as a new expression of the growth achieved in a contest where he debuted among seniors shortly after becoming 18.

Also with the same score and against a stranger in these scenarios, the twice world runner up Yasnier Toledo won over Roberto Zariñana, thus achieving his fourth win in a row in the competition.

Meanwhile, the middleweight Arlen Lopez defeated Misael Rodriguez, his victim in this event and in the definition of the Central American and Caribbean Games Veracruz'14.

The farewell allowed cruiser Erislandy Savon to avenge three previous losses at the hands of Ecuadorian Julio Castillo, whom he now beat by TKO in the second round.

Savon demonstrated that he is no longer the rookie he used to be and showed again his powerful punch to record his eighth consecutive win and remains unbeaten in two seasons. Tomorrow the Aztecs will not present the heavyweight Carlos Mina and Cubans will seek to win the four remaining bouts. (ACN)