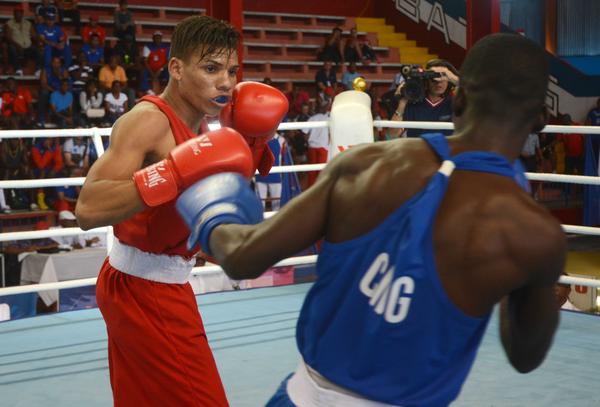 Camagüey, Oct. 7 - With the inclusion of Yusel Nápoles, in the 91 kilogram division, there are nine local fighters now who are part of Cuba's national Boxing preselection.

That list is headed by the established Julio César La Cruz, in the 81 kilos, Damián Darce in the 49, and the talented Dainier Peró, in the division of more than 91 kilograms.

Kevin Brown and Damián Lescay, 69 kg, Yoenli Feliciano Hernández and Yeinier Areu, in the 75, and Raicel Poll, in the division of 81 kilograms complete the team.