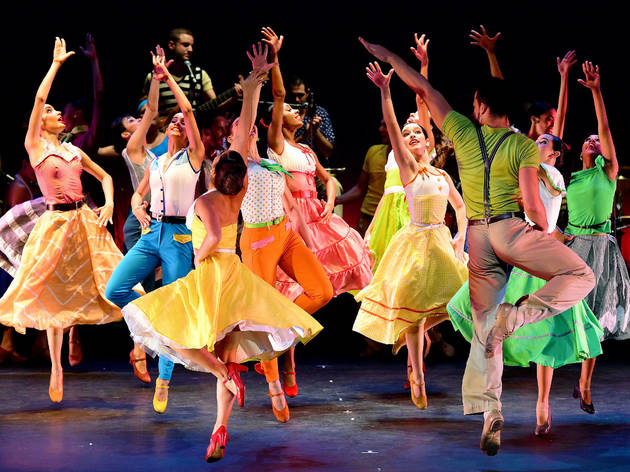 Havana, Dec 31.- The Lizt Alfonso Dance Cuba (LADC) company announced that in early January 2021 it will participate in the Ballet Beyond Borders competition, an event based in the United States.

Traditionally, this event encourages cultural exchange around different styles of dance and how to promote the development of the arts from companies, programs and organizations from different countries.

A representation of the children's and youth ballet, as well as the professional company of LADC will test their skills in the online competition of the event, based in the North American city of Los Angeles.

The teacher, director and choreographer Lizt Alfonso has participated in this contest in two previous editions, because, at the invitation of the organizers, she gave lectures on her experience as an artistic director and leader, gave master classes and served as a jury for the competitive part.

The international Ballet Beyond Borders competition spans styles from classical dance to hip hop, and its winners perform in an all-star gala on closing day.

At the beginning of 2020, two LADC dancers performed at the final show of this event and scholarships were awarded to dance students for internships in the company, whose headquarters are located in the historic center of this capital.

According to a statement from LADC, the company will hold the first live performances of 2021 in February, at the Martí Theater in Havana, with a show that compiles works of various styles, from Spanish dances to Cuban popular dances.

The following month, the entity plans to celebrate the Spring Galas in the Avellaneda room of the National Theater of Cuba, with the students of the vocational workshops.

Meanwhile, in May, LADC will open the calendar of celebrations for the 30th anniversary of its foundation, with the world premiere of the show Habana Fénix, at the Gran Teatro de La Habana Alicia Alonso, of which it is a resident company.

Alfonso founded his company in 1991, the only dance group in Cuba that has managed to perform at the Latin Grammy ceremony.

For her social work, reflected in company and school, the director and her team received the Spotlight Award by the USA President's Committee on the Arts and the Humanities, delivered at the White House in 2016, from the hands of the then First Lady of the United States. United, Michelle Obama. (PL) (Photo: File)