Juan Ramón Orol, founder and director of the Camagüey Chamber Orchestra, passed away 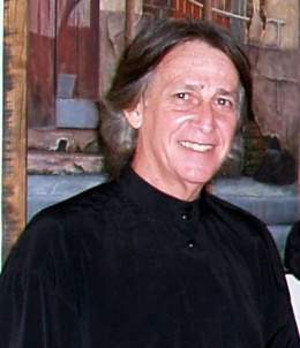 Camagüey, Jan 23.- The cellist and luthier Juan Ramón Orol died this Friday here, due to an aggressive illness that could not keep him away from his beloved Chamber Orchestra of Camagüey.

In December he performed at the Heritage Interpretation Center, and was seen in the Taller Larios Gallery room, where he was rehearsing a Christmas Concert, confirmed Roberto Campos, double bass player and administrator of the group.

Juan Ramón Orol participated in important projects related to the so-called World Music. He was the one who introduced the elderly Floricelda and Cándida Fáez to the French producer Cyrius Martínez, who traveled the country looking for carriers of traditional Cuban music.

He made the cello for one of the songs on the first album to which they were invited, entitled Casa de la Trova (1998), with the Erato Disc label. He then accompanied the Faez Sisters duo on their international tours.

In addition, he shared experience as a teacher in European countries and in Latin American universities.

In 1969 he obtained by opposition a position as a musician in the Camagüey Symphony Orchestra, led by maestro Jorge Luis Betancourt, who trained him as a conductor; and shortly afterwards he received chamber music courses in Spain.

Juan Ramón Orol deserved the Mirror of Patience Distinction for his contribution to the Culture of Camaguey, and especially for the forging of instrumentalists and a loyal public through the performance of the Chamber Orchestra, which he founded on January 6, 1994, with the advice of the emeritus violinist Evelio Tieles Ferrer.

Interviewed for the documentary Nostalgia de trovadora (Cuba, 2013), by the young director Alberto Santos, focused on telling the story of the Faez Sisters, Juan Ramón Orol refuted the possibility of oblivion: “I don't think that because of a natural thing people are dying; in the cultivators of the genre there are people behind who are going to take these flags and they are going to continue”.

It is up to her to continue her legacy of cult of beauty, perseverance in study and consecration for musical excellence, despite the disadvantages in promoting her type of artistic expression. (Yanetsy León González / Adelante) (Photo: File)