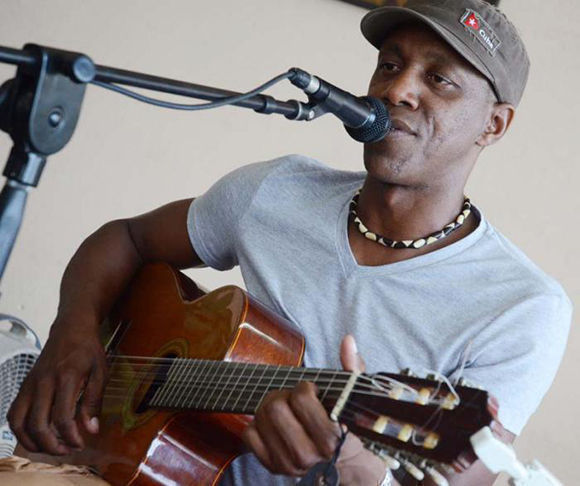 Havana, Feb 15.- The very timely initiative of the Cuban Institute of Music that emerged at the beginning of the Covid-19 pandemic in the country, called We Are With You, has several online concerts this week that continue to connect musicians with their respective audiences.

The days that begin this Monday will have the Holguin singer-songwriter Edelis Loyola, who during these months has been very active from her YouTube channel, to entertain her audiences, including the little ones.

On Tuesday 16, the virtual presentation through the YouTube channel of the Ministry of Culture and the hundred Facebook pages that are linked simultaneously in streaming Cuba, will broadcast the music of Tony Ávila.

For the meeting on Wednesday afternoon, the performance of the popular Matanzas group Rumba Timba is scheduled, under the direction of Diosdado Ramos, a faithful exponent of the genre, one of the most authentic expressions of Cuban culture.

Meanwhile, on Thursday, the saxophonist Michel Herrera will offer a concert full of virtuosity, after the success both nationally and internationally with his performances and records such as Madre Tierra and the phonogram recorded with the emblematic Aragón orchestra in the Sala Covarrubias of the National Theater, in 2018.

Taínos de Mayarí, who last October reached its 65th anniversary, completes the programming for the week, which is also broadcast, as usual, on Canal Clave and Radio Progreso.

On this occasion, the famous band under the direction of Jorge Cabreja Rendon, will give to lovers of the traditional genre a selection of creations that are based on the customary traditional repertoire, but updated by the new generations. (ACN) (Photo: File)