Cuban Jasiel Rivero will give his best in Spanish Basketball League 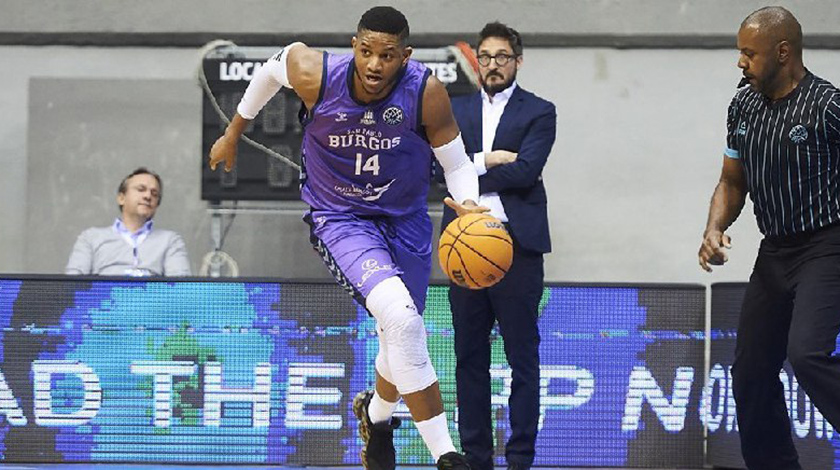 Havana, Feb 26.- The Hereda San Pablo Burgos club, where Cuban Jasiel Rivero plays, will have a tough test tomorrow against Real Madrid, leader of the ACB Basketball League in Spain with 20 victories and just one defeat.

That match, which will be at the Wizink Center in the Spanish capital, will mean the return to competition in that tournament, after a stop for the Copa del Rey and the continental qualifying windows.

For Burgos, sixth in the standings with 15 wins and six setbacks, it will be the opportunity to overcome what happened last December, when they fell 60-74 at home.

In that game, the team dominated the first half with a score of 34-29, and then sentenced him to rest his rivals in the Coliseum Burgos with ample tanteador 22-12 in the third period, which ultimately proved decisive.

Already in the last quarter, the Burgos cast won by the minimum 19-18, but the damage was done.

The collective statistics of that clash reflect that in the field goals Real Madrid was much better, with an effectiveness of 51.1 percent, product of 24 baskets in 47 attempts; while the hosts had a low percentage of 36.5 (19/52).

Individually, Nico Laprovittola stood out with 13 cards, followed by Rudy Fernández (10) as the only ones who achieved double scoring digits, according to the official website of the Spanish basketball competition.

For the Burgos collective, Dejan Kravic (14) and captain Vitor Benite (13) were the ones with the greatest contribution to the offensive; while the Cuban Rivero could barely achieve two goals, with a basket in three attempts and five errors from long distance.

This Saturday, from 2:45 in the afternoon (Cuban time), the island's basketball player will try to improve that discreet contribution and show that he is not one of the most prominent Latinos in that League, considered of the highest level in Europe. (Text and photo: ACN)