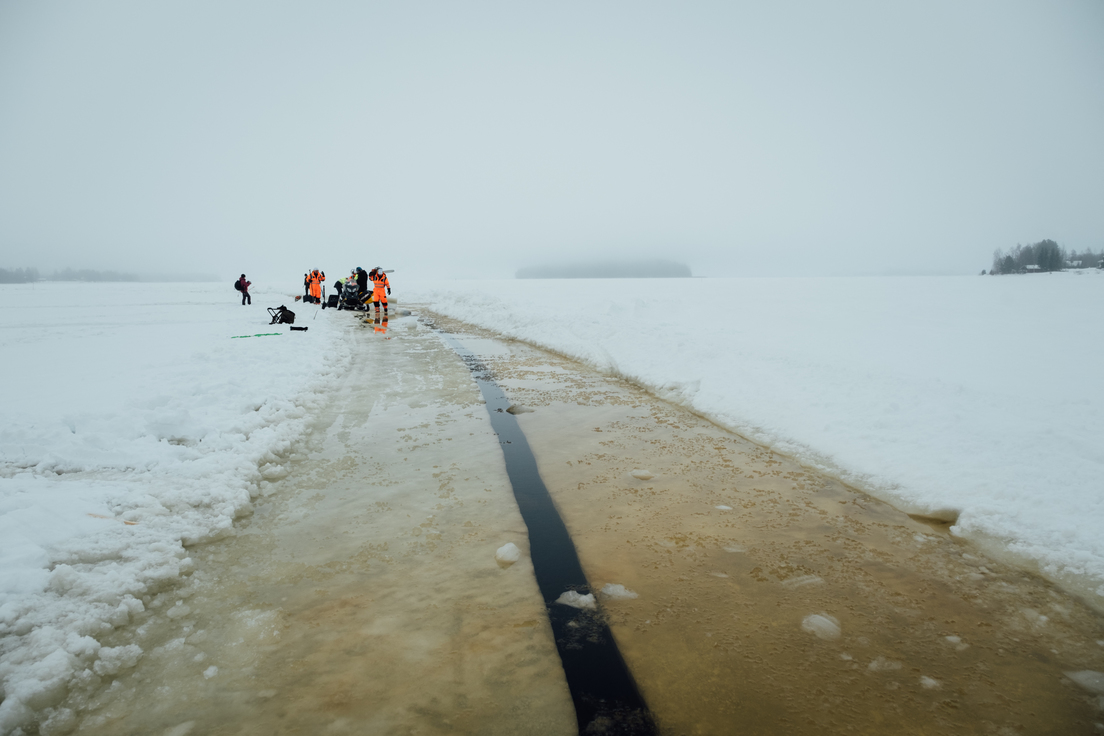 A team of cold enthusiasts is building the world's largest "ice carousel" on Lake Lappajarvi in western Finland, according to the AFP news agency.

Lappajarvi's carousel was commissioned by local authorities, who want to raise awareness about how climate change is shortening winters in the Nordic countries, meaning that lakes are no longer frozen as regularly.

Enthusiasts have spent the past week trying to carve a huge, perfect circle in the frozen lake with the help of chainsaws and two specially built machines dubbed "the hurricane" and "the red devil." "If it's not perfectly round, it doesn't rotate, so it has to be accurately measured," explained Thor- Fredric Karlsson , one of the project participants.

The spinning ice puck, slated to measure 900 meters in perimeter and over 300 meters in diameter, will be powered by a boat engine and must make at least one full revolution on itself to claim the world record.

The project is the work of inventor Janne Kapylehto, who came up with the idea of ​​creating ice carousels in 2017. Since then he has already built more than 60 such objects.

Kapylehto's example was followed by various people around the world by creating numerous rotating ice circles, which has led to the appearance in the Guinness Book of Records of the category "World's Largest Ice Carousel".

Currently this record belongs to a team from Minnesota (USA), which created an ice carousel 228 meters in diameter. However, they could lose this title soon, as Kapylehto waits for Lappajarvi's carousel to be completed. (Text and photo: RT in Spanish)