Camaguey dedicates literary day to the feat of Playa Girón 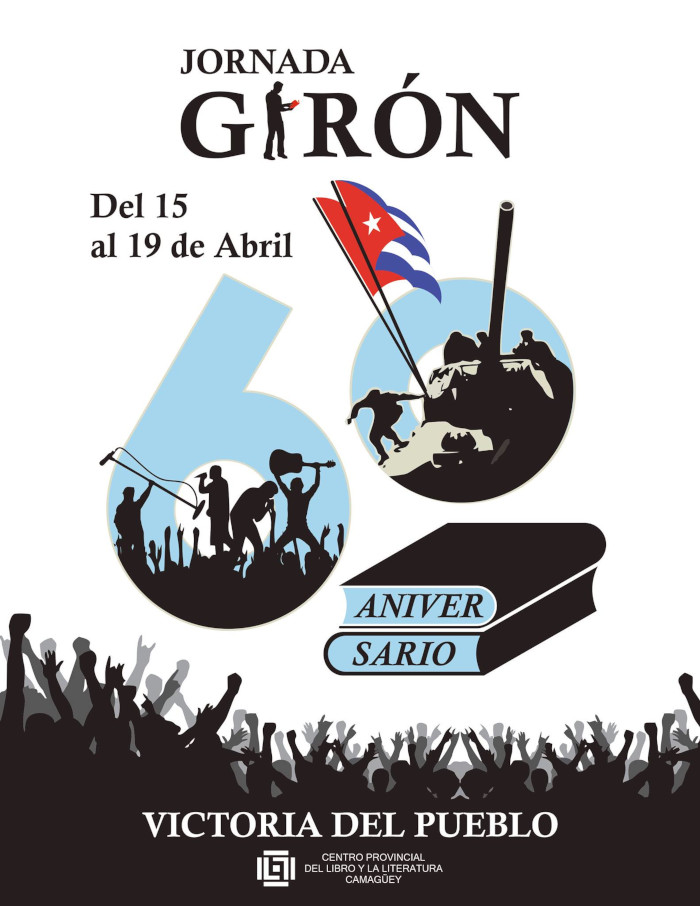 Camagüey, Apr 14 - Motivated by the 60th anniversary of the victory of Playa Girón - the first great defeat of theUS in Latin America - the Provincial Book and Literature Center proposes a virtual celebration from April 15 to 19.

The program includes presentations of texts by renowned historians of the territory such as Fernando Crespo Baró and Edelmira Rodríguez Portal.

As published on his Facebook profile by Yunielkis Naranjo Guerra, director of the literary institution, the participation of the Camagüey affiliate of the Hermanos Saíz Association is also expected to participate, which will be moderated by the journalist Yanetsy León and the musicologist Heidy Cepero, in the House of the Young Creator, in the city of Camaguey.

In the same way, the Sociocultural Project Golpe a Golpe and young artists of the province will join with a concert of trova and poetry.

To honor such a significant historical event, some of the usual clubs of the Provincial Book and Literature Center will join, and meetings will take place from several spaces such as the Esther Montes de Oca library-bookstore, the Ateneo Viet Nam and Antonio Suárez cultural centers, among others.

The day dedicated to the sixtieth anniversary of the victory of Playa Girón, will close on Monday, April 19 with a cantata for peace at the literary café La Comarca, which will feature the leading role of the new generation of localartists, who from will pay tribute to that historic feat. (Text: Mónika de losÁngeles Escobedo Artola) (Image: Internet)