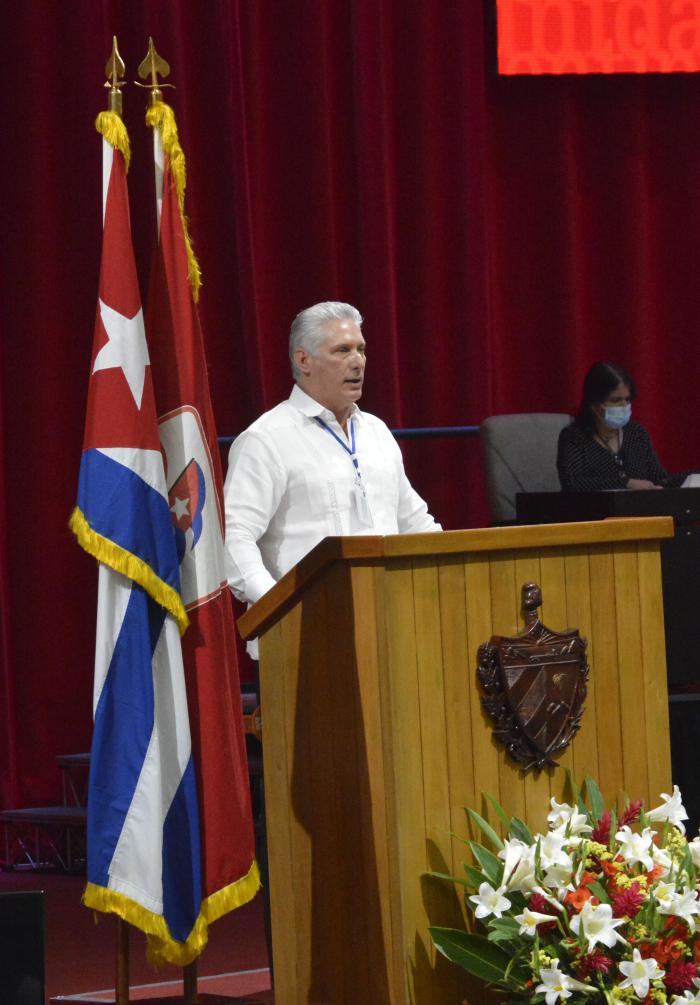 Havana, Apr 19 - The Central Committee of the Communist Party of Cuba, meeting in its first plenary session elected as its first secretary Miguel Diaz Canel Bermudez, President of the Republic of Cuba.

This was reported by Army General Raúl Castro Ruz in the closing plenary session of the VIII Congress that takes place today in this capital and in which the members of the Political Bureau and the Secretariat of the Central Committee are also enrolled.

When presenting the Central Report to Congress, last Friday, Raúl stressed that the election of Díaz- Canel is not the result of improvisation, but rather of a thoughtful selection of a young revolutionary with the conditions to be promoted to higher positions, and stressed that in these last three years, it has been able to form a team and foster cohesion with the higher organs of the Party, the State and the Government.

The celebration of this partisan appointment marks the conclusion of the process of orderly transfer of the main responsibilities for the Historical Generation to the new generations.

The Political Bureau is made up of:

Meanwhile, at the Secretariat