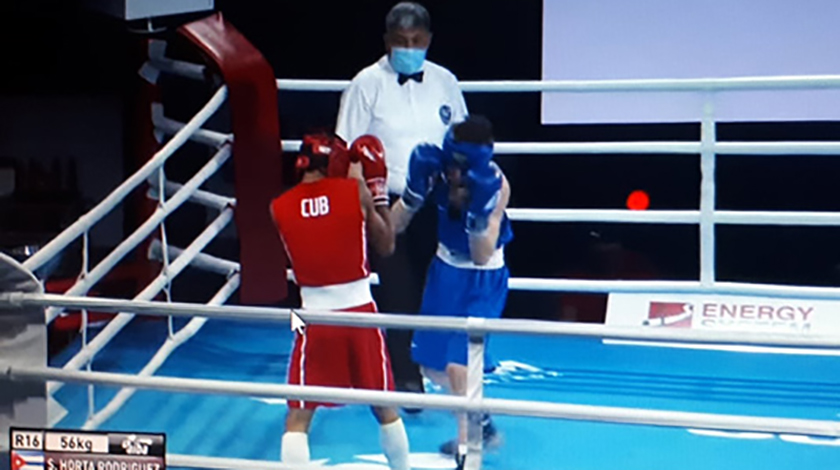 Havana, Apr 20 - The three Cuban boxers who are still in action will go to the ring today in the semifinal poster of the World Youth Boxing Championship based at the Hala Legionow Complex, which will end on April 23rd.

And as the best quality always advance, the trio of rivals they will have will try to create difficulties for them in their attempt to win the ticket to the grand final.

Santiago welterweight and stylist Dany Landys Lafos, who will go to his fifth fight in the contest and has shown the best technical-tactical arsenal of the nine men registered by Cuba, will face the Ukrainian Yuri Zakharieiev.

Lafos is a strong and precise hitting southpaw, owner of an active right jab to keep the opponent at a distance. When attacking, knowing how to enter and exit quickly, arguments that allow him to succeed in difficult moments of combat.

Meanwhile, Havana cruiserweight Jorge Luis Felimón will go to a difficult fight against the burly Russian Dadaev Ramadán, and the super complete from Santiago Fernando Arzola will cross gloves with the Armenian Hovhannes Papazyan. Both exhibit good stature and reach, so today they are required to use their jab and straight shots much more.

In this semifinal poster, Russia will present seven fighters, while Kazakhstan and Ukraine included five. Behind are India and Uzbekistan, both with four.

So far, the Cuban team led by Havana coach Santiago Suárez has a 25-19 balance, with six fighters already eliminated.

Cuban teams have taken first place by country in 12 of their 19 historic appearances at World Youth Championships. (Text and photo: ACN)