Forms of non-government management in Cienfuegos sign contracts to import 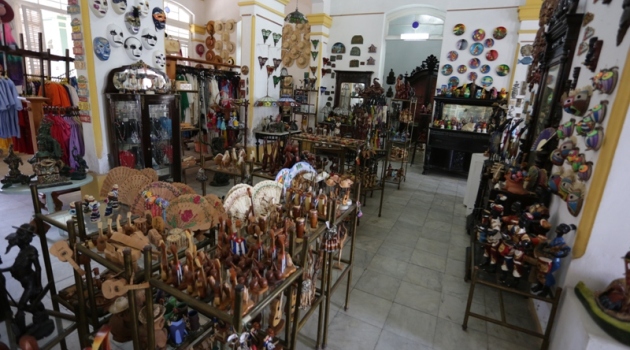 Cienfuegos, Jun 1 - Several forms of non-government management (FGNE) in the province of Cienfuegos signed contracts to carry out imports through companies approved for this purpose, after the entry into force of Resolution 315 of 2020, published in the Official Gazette of the Republic of Cuba, with the aim of boosting the country's economy.

Nuri Menencia Santo, Foreign Trade specialist in the territory, declared to the Cuban News Agency that the Cuban Fund for Cultural Assets (FCBC), the DIVEP Base Business Unit, Copextel and CONSUMIMPORT, are among the entities that currently work in that sense.

He pointed out that to date more than 93 thousand USD have entered from import sales, since the interested parties must make payments in freely convertible currency, with the prior opening of accounts in the banks designated for this purpose.

He explained that the FCBC materialized four contracts for an amount greater than 52 thousand USD; In addition, it registered and authorized 37 files to acquire raw materials and machinery from 27 artistic creators and four self-employed workers (TCP), all with accounts created in MLC.

On the other hand, he said, DIVEP processed requests for six TCPs, who need raw materials and equipment from abroad, and of these it has already achieved two agreements.

In the case of COPEXTEL, there is a request in process from a TCP interested in a printer and a plotter, and two others are in tender in order to obtain inputs for climate service and for renewable energy production, added Menencia Santo.

He pointed out that CONSUMIMPORT also signed an agreement with DIN Unión Creativa, who carry out work on their own at the Carlos Marx Cement Factory and carried out a transaction for about 30 thousand USD.

He emphasized that, despite the small progress made to facilitate the import processes to the FGNE, there are still excessive delays on the part of the national companies in charge of offering answers to the demands processed by their representations in the territory.

However, the materialization of some of these contracts shows the will of the Department of Foreign Trade, Foreign Investment and International Economic Cooperation in Cienfuegos, whose specialists carry out constant work to favor the obtaining of the necessary foreign exchange for the economic activities of the nation.

Resolution 315 of 2020, approved by the Ministry of Foreign Trade and Foreign Investment, states that non-state management forms can import raw materials or goods that ensure their production of goods and services through authorized entities. (Text and photo: ACN)