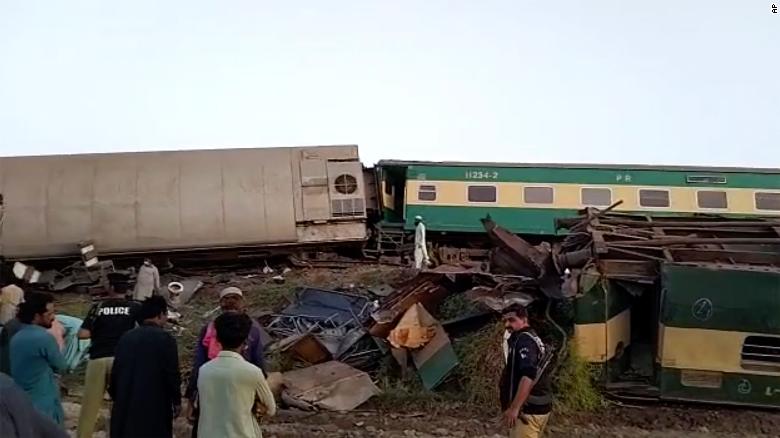 Havana, June 8 - The Minister of Foreign Affairs of Cuba, Bruno Rodríguez, today sent a message of condolences to the Pakistani people and government for the fatalities and injuries of the railway accident that occurred in the town of Ghotki.

The Foreign Minister, on his Twitter account, expressed his country's solidarity with the incident, and extended his condolences to the families of the deceased.

The day before two express trains collided in the Pakistani province of Sindh, in the south of the Asian nation, with the balance of 63 dead and dozens of injured, according to the deputy commissioner of Sindh, Usman Abdullah.

The Millat Express derailed and the Sir Syed Express hit it shortly after between the Raiti and Obaro stations, railroad officials confirmed to the Geo News portal.

Rescue operations at the scene of the accident continued until late at night, as several compartments of the trains were crushed, which made the work of specialized personnel difficult.

Around 1,200 people were traveling in both transports, hence the magnitude of the disaster.

The causes of the accident remained unknown, but according to the Minister of Railways, Azam Swati, the section where it occurred was really dangerous. (PL) (Photo taken from the Internet)