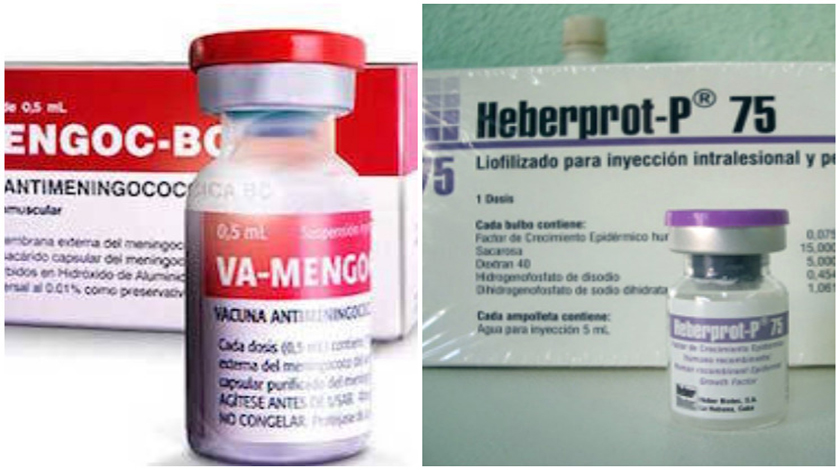 Havana, Jun 9 - Despite the sick siege of the United States nearly 60 years ago and increasingly accentuated, 10 products of Cuban science have been awarded the Gold Medal of the World Intellectual Property Organization (WIPO) since the first in 1989.

The fact is considered revealing for a country of the so-called Third World that attributes essential importance to the creation of scientific capacities, the development of human capital and technological innovation.

But it is also striking that its results correspond to groups of authors, whose institutions are not only located in the capital, but in other provinces, and in collaboration with foreign centers, which shows the extent of the research.

With the passage of time, it also serves as an example to have laid the foundations of biotechnology, as evidenced today by its candidates against COVID-19: Sovereign 01, 02 and Plus, by the Finlay Vaccine Institute; and Mambisa and Abdala, from the Center for Genetic Engineering and Biotechnology, of recognized international prestige.

An eloquent example is that the first granted to Cuba in 1989 corresponded to the Finlay Vaccine Institute today for its immunizer against group B Meningococcus (Neisseria Meningitidis); and in 1996 it was followed by PPG, a multipurpose drug from the National Center for Scientific Research (CNIC).

According to specialists from the Cuban Office of Industrial Property (OCPI), in 2000 it corresponded to the antibiotic for veterinary use Biocida, from the Center for Chemical Bioactives of the Marta Abreu de Las Villas Central University.

The delivery of two occurred in 2002, one for the chimeric and humanized antibody against the epidermal growth factor receptor for diagnostic and therapeutic use, from the Center for Molecular Immunology (CIM).

The other to the practical method for the conservation of raw milk, of the National Center for Agricultural Health (CENSA), in the neighboring province of Mayabeque.

Only three years later, the Faculty of Chemistry of the University of Havana, and the University of Ottawa, Canada, respectively, reached it for their oligosaccharides derived from ribose- ribitol- phosphate, methods to prepare them, their immunogens and vaccines.

In 2007, the team and method for rapid microbiological diagnosis were assigned to the National Center for Scientific Research (CNIC).

In addition, in that same year, the Porcine Lung Surfactant (SURFACEN), from the National Center for Agricultural Health (CENSA).

The use of a pharmaceutical composition containing epidermal growth factor (EGF) for the prevention of diabetic foot amputation was followed in 2011 by the Center for Genetic Engineering and Biotechnology (CIGB).

Finally, in 2015 it was won by pharmaceutical compositions containing a monoclonal antibody for the diagnosis and treatment of psioriasis, from the Center for Molecular Immunology.

The history of the World Intellectual Property Organization (WIPO) dates back to 1883 with the Paris Convention for the Protection of Industrial Property and in 1974 it joined the United Nations as a specialized agency.

The Cuban Office of Industrial Property (OCPI) confers the registration of Industrial Property rights in Cuba and provides specialized scientific-technological services in order to contribute to the development of science, technology, innovation, national and foreign investment, industry and commerce. (Text and photo: ACN)