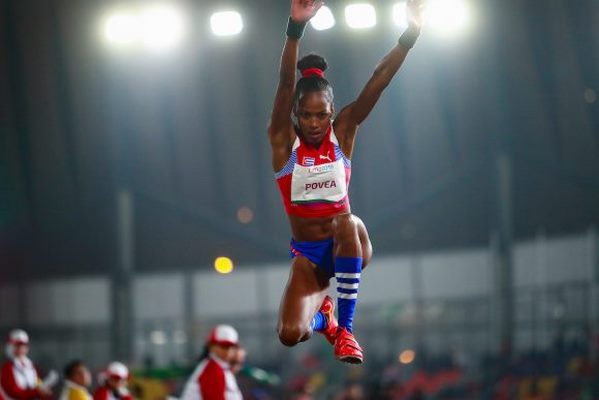 Havana, July 9 - Long jumper Juan Miguel Echevarría, triplist Liadagmis Povea, as well as eight- centimeter Rose Mary Almanza and Sahily Diago, are the four Cubans who will compete today in the sixth stop of the Diamond League Wanda 2021 in athletics, based in Monaco.

According to the official site of that competition, Echevarría, champion at indoor world of Birmingham 2018 and bronze medalist outdoors in Doha 2019, will be one of the animators of his test together with the Jamaican Tajay Gayle, world champion two years ago on Qatar.

Gayle won last July 4 at the fifth stop of the diamond competition in Stockholm, Sweden, where he managed to stretch to 8.55 meters (m), to beat the Cuban athlete who jumped 8.29 m; while third place went to host Tobias Montler (8.23 m).

Echevarría, who won the title in the VIII CastellónDiputación Trophy, which Spain hosted on June 29, will try to approach or overcome his best jump so far this year, 8.38 m, to prepare details for the Olympic Games Tokyo in which he aspires to be included among the medalists.

In the case of his compatriot Almanza, in Stockholm he had a golden Sunday when he won the crown with a personal record and for the competition of 1: 56.28 minutes.

With that great result, she broke the record for that event of 1: 56.71 minutes that belonged to the Mozambican laureate María de Lurdes Mutola, since the distant August 1998.

He also continued with his good feelings in the 800 meters, a specialty that he dominated in the Spanish rally last June, and that same month he had won in Ordizia, in the Iberian nation itself, with a time of 1: 56.42 minutes.

For his teammate Diago, it will be an opportunity to drop below two minutes for the first time this season, in which he has a best time of 2: 01.08.

For her part, Povea, owner of the scepter in Castellón with 14.70 m and with a personal best in the season of 14.93 m in the triple jump, will seek a good performance against high-level rivals, among which the Venezuelan Yulimar Rojas stands out, who has reached up to 15.43 m this year. (Text and photo: ACN)