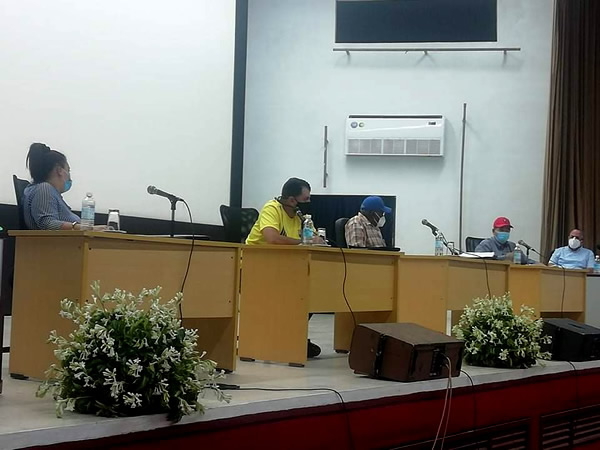 Camagüey, Jul 23.- Salvador Valdés Mesa, vice president of the Republic of Cuba, urged Camagüey to work beyond the limits of productive plans in the agricultural sector, in response to popular demand to increase the supply of food.

In exchange with representatives of the productive bases, the also member of the Political Bureau of the Communist Party of Cuba, exemplified that the 19,500 hectares that are planned to be planted at the end of the current spring campaign are insufficient for the more than 700,000 inhabitants of the province, so it is necessary to grow in agricultural areas, especially when taking into account the large areas of empty land.

To do this, he said, the wisdom of producers and practices such as polyculture and the use of biofertilizers are counted on, while calling for the rescue of lines that are scarce today, such as sweet potatoes, and advocated for greater promotion of cassava, for which also means for the feeding of the animals and ingredient of others of other assortments.

Regarding the 63 measures recently approved to boost the sector, Valdés Mesa explained that although progress has been made, there is a lack of knowledge of the rules and what they allow, although in this territory there are not a few producers who have been able to slaughter livestock for complying with the established parameters, and the meats, in addition to self-consumption, have been allocated to donations to nuclei and vulnerable people, isolation centers and other priorities.

At this point, José Ramón Monteagudo Ruiz, member of the Secretariat of the Central Committee of the Communist Party of Cuba and at the head of its Agrifood Department, explained that the aforementioned provisions seek comprehensive results in livestock, such as an increase in the birth rate, the reduction of mortality and efficiency in the remaining indicators.

He pointed out that it is necessary to improve the organization and planning of the production bases, the functioning of the management structures and the link with those who are at the foot of the furrow or in the dairy farms, aspects to comply with the firm commitment to materialize the plans.

Valdés Mesa learned about the experience of the Álvaro Barba Credit and Services Cooperative, whose president, Jorge Michel Aguilar, referred to the possibilities of cattle slaughter that they have had, while from the CCS Romárico Cordero emanated the favorable practice of a producer pig that should be the rule and not the exception, declared the vice president of the Republic.

Regarding the latter case, he assured that it is then possible to revitalize these productions with endogenous resources, without the need to import corn or feed to feed the pigs, something impossible in the current economic conditions of the country and such resources can be guaranteed by the own pig farmers.

Regarding the destabilizing attempts of July 11 in the country, the member of the Political Bureau highlighted the rejection of the cooperative and peasant sector to these actions, and expressed that given the persistence of the United States to liquidate the Revolution, we must be prepared to reject and confront the unconventional war and the soft coup that is promoted from Miami.

By the way, the close anniversary of July 26 will be an opportunity, he said, to contribute to the defense of the Homeland from the production of food, with agricultural mobilizations in the communities and voluntary cleaning and sanitizing work in neighborhoods and labor groups.

In the exchange led by the Vice President of the Republic of Cuba Salvador Valdés Mesa in Camagüey to promote food production, in addition to Monteagudo Ruiz, the also member of the Central Committee Secretariat Jorge Luis Broche Lorenzo, the Minister of Agriculture Ydael Pérez Brito, and the highest authorities of the province. (Juan Mendoza Medina / Radio Cadena Agramonte)