Cuban President thanks the Non-Aligned Movement for support 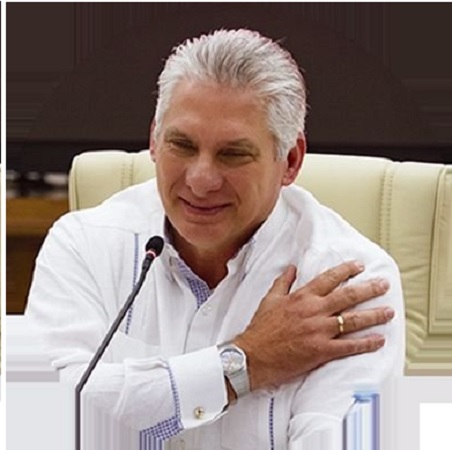 Havana, Jul 24.- Miguel Díaz-Canel, President of Cuba, thanked today on Twitter the support of the Movement of Non-Aligned Countries (NAM), regarding his recent statement condemning the destabilizing campaign against the constitutional order in the Island.

The also First Secretary of the Central Committee of the Communist Party of Cuba described the text as brave and dignified, which also demands the end of the economic, commercial and financial blockade imposed by the United States Government on Cuba.

Through the statement, said the president, the NAM Coordination Bureau, meeting in New York City, rejected the attempts to destabilize and interfere in the internal affairs of Cuba.

“We thank the #MNOAL brothers for their permanent support of #Cuba. In a courageous and dignified text, through its Coordination Bureau meeting in New York, they rejected the attempts to destabilize and interfere in the internal affairs of the Island, and demanded the end of the #Bloqueo, "wrote the Cuban head of state.

The declaration of the NAM, issued this Friday, condemns the international campaign organized in recent days with the purpose of destabilizing Cuba, and breaking its Government, the constitutional order, the rule of law and peace.

A press release from the Permanent Mission of the Island to the United Nations, published on the website of the Cuban Foreign Ministry, states that the document reiterates the call to the United States Government to end the blockade against the Caribbean nation, the which constitutes the greatest obstacle to its full development.

In addition to being unilateral, he adds, this policy is contrary to international law and the principle of good neighborliness, and is causing enormous material losses and economic damage to the Cuban people.

The NAM Coordination Bureau also reaffirms that, in accordance with the United Nations Charter, all States must respect the territorial integrity, sovereignty, political independence and inviolability of the international borders of other countries.

Likewise, nations must comply with the principles of non-intervention in internal affairs and refrain from the threat or use of force against the territorial integrity or political independence of the States, the text states.

Bruno Rodríguez Parrilla, Minister of Foreign Affairs of Cuba, also highlighted this action in support of the Movement of Non-Aligned Countries, through a message on the social network Twitter.

"The #MNOAL adopted a Statement of firm condemnation of the international campaign organized to destabilize and undermine the constitutional order, the rule of law and peace in #Cuba," said the foreign minister.

The Movement of Non-Aligned Countries is the most important mechanism for political agreement in the countries of the South, and is made up of 120 members, including Cuba among the founders. (ACN)