Nicaraguan Army Chief Thanks Cuba for Support in Health 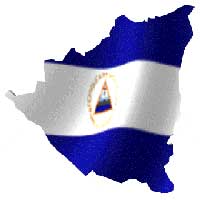 Havana, Cuba, Sept 10.- Army General Julio Cesar Aviles, Commander in Chief of the Nicaraguan Army, thanked Cuba in this capital  for its historical support for the Central American country, particularly in the field of health.

We have come to strengthen the historic bonds of friendship and cooperation between our armed forces, Aviles told journalists after placing a wreath to General Antonio Maceo, one of the leaders of Cuba’s independence struggles, and to his assistant, Captain Francisco Gomez, at the Cacahual mausoleum, where their mortal remains are kept.

He highlighted the support of Cuban authorities to achieve a free Nicaragua. “You helped us at all levels and continue helping us,” emphasized the Commander.

The Nicaraguan Army General recalled that Cuban physicians are offering their services to thousands of Nicaraguans in isolated areas of his country, and extolled their participation in Operation Miracle, by way of which hundreds of residents in that country recovered their sight and now have the possibility to appreciate the achievements of the people.

I am happy to be in Havana, said Aviles while recalling his years as a student at the General Antonio Maceo School of the Revolutionary Armed Forces (FAR), one of the places that he will visit during his official stay on the island until September 16th. He will also tour military units, higher education centers and historic places, according to his agenda.

Aviles is the bearer of greetings from President Daniel Ortega for the Cuban people, the Prensa Latina news agency reported.

At the Cacahual, the top military chief was received by the Deputy Minister of the Revolutionary Armed Forces, Army Corps General Joaquin Quinta Solas. (ACN).