Ernesto Guevara: a Teacher of All Times 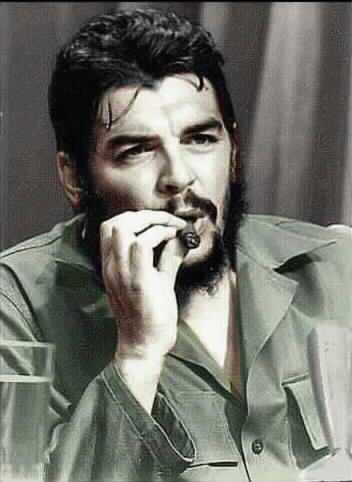 Ernesto Guevara de la Serna (Che) is the best example ever in the education of new generations and an example of it is the fact that his image is on the logo of the Young Communist League (UJC).

The whole country witnessed his hard work in the formation of Cuba’s new generation, and to acknowledge his efforts Marta Abreu Central University –located in the former Las Villas province- awarded him the degree Doctor Honoris Causa of Pedagogics on December 28th, 1959.

Guerrilla Ernesto Guevara had contributed in a very decisive way to the instruction of his comrades in arm, many of whom were uneducated, and his exemplary nature undoubtedly made him deserve such a high distinction.

Modesty always characterized him, and that quality was clearly depicted in his own words when he expressed:   “… and how could I, Ernesto Guevara, accept the degree Doctor Honoris Causa of Pedagogics, if all I’ve done is teaching in guerrilla camps, sometimes shouting obscenities, speaking out loud, and I believe that cannot turn into a toga; that's why I keep wearing my olive green fatigues as usual although I can come and sit here, on behalf of our Rebel Army, with the academic staff present”.

Along with Fidel and Raul Castro, and Camilo Cienfuegos, Ernesto Che Guevara was one of the most beloved Cuban Revolutionary leaders.

His proverbial heroism and selflessness placed him high, although he did not really mean to.

Certainly, he never thought some day he would be taken as an example, but his conduct beyond reproach in all senses determined that he be remembered as a teacher of all times.